You have no items in your cart

Shocking hygiene failings have been discovered in some of the US’s biggest meat plants, as a new analysis reveals that as many as 15% (one in seven) of the US population suffers from foodborne illnesses annually.

A joint investigation by the Bureau of Investigative Journalism (TBIJ) and the Guardian found that hygiene incidents are at numbers that experts described as “deeply worrying”.

US campaigners are calling once again for the closure of a legal loophole that allows meat with salmonella to be sold in the human supply chain, and also warn about the industry’s push to speed up production in the country’s meat plants. And UK campaigners warn that the UK could be flooded with “dirty meat” if a US trade deal is signed post-Brexit. 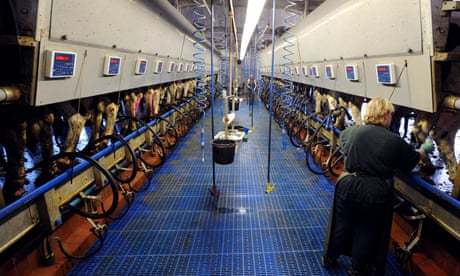 Animals farmed: welcome to our series

The unpublished US- government records highlight numerous specific incidents including:

All of the reported breaches resulted in immediate remedial action with no risk posed to consumers, according to the companies involved.

But campaigners warned that other violations may go undetected. Tony Corbo, senior lobbyist with Food and Water Watch, said: “While the inspectors are able to cite the plants for hundreds of violations per week, I am confident that they are not catching every instance of unsafe practices being committed in these plants.”

Meat hygiene inspectors interviewed by the Guardian agreed, saying fast line speeds and other pressures in some plants meant it was “inevitable” that some breaches slipped through the net.

The findings are worrying, according to Prof Erik Millstone, a food safety expert at Sussex University, “because of the risks of spreading infectious pathogens from carcass to carcass, and between portions of meat. The rates at which outbreaks of infectious food poisoning occur in the US are significantly higher than in the UK, or the EU, and poor hygiene in the meat supply chain is [a] leading cause of food poisoning in the US.”